For an applicant, making art is an experiment and a conscious risk-taking. Art means a dictionary of being in the world, the content of which is determined by the fateful connection between imagination and knowledge.

“I’ve known the boys – Kie, Mikko and Jonne – since they were born. Kie is my godson, my canoeing buddy. As long as I remember the brothers have spoken and worked for nature and its diversity.

The album, Red Alert in the Blue Forest, tells of their thoughts. It is easy for me to identify with the whole. The influential factors are music, our common background and the common concern for the future of our environment and the planet. ” 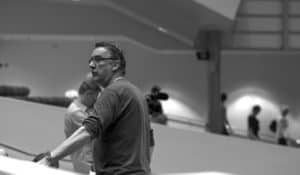 Get information about upcoming auctions and products.